By Chris Spargo for Mailonline

The Coulmbus Blue Jackets defenseman, who previously played for the Los Angeles Kings, was selected third in the 2005 NHL Entry Draft, played for Team USA in the 2010 Olympics, and has earned a staggering $23million during his career.  And now all that money, and some more, is gone – because of his parents.  After parting with his agent in 2008, Johnson, who attended University of Michigan but has little financial knowledge, turned control of his money over to his parents.  Then, in 2011,Johnson signed a power of attorney that granted his mother full control of his finances shortly before signing a $30.5million contract with the Kings.  That is when things started to go horribly wrong.

According to The Columbus Dispatch, Tina Johnson, Jack’s mother, borrowed at least $15 million in her son’s name against his future earnings.  What’s more, she borrowed from nonconventional lenders and defaulted on the loans.  Read the rest of the story.

When Family Does You Wrong Book Trailer

My family has been done wrong by family members and have suffered tremendous fallout.

I Left My Abusive Parents’ Home

And Never Talk to Me Again! Handling Emotional Cut-Offs 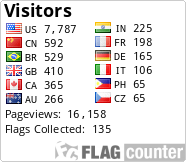